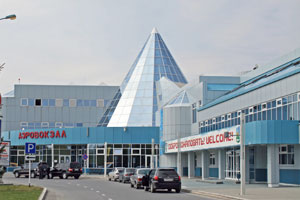 In 1582 in “Short Siberian Kungurskaya chronicle”it is referred about city of Prince Samara.

History of his city started in remote past, when in 1637 on the right bank of  Irtysh Samarovskiy Yam was based, which laid the foundation of  Village Samarovo, after tsar Mikhail Fyodorovich decree. Establishment of a center of numerous crafts and trading business, was to provide the governor and other significant persons with transport and guides.

The first Settlements were coachmen families from Perm, Vologda and Olonets Krays, followed by other settlers.

Developing trade attracted the attention of merchants gathered in these places. By 1748 the population of the village Samarovo increased significantly. After the development of the shipping company, Samarovo became a major trading center. 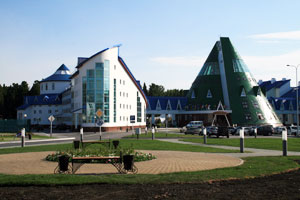 Subsequently Revolution 1905-1907 Samarovo undergone many changes. In 1930, a commission was established to solve the siting of the district center. Urochishche Big Cheryomushnik, located north of the village Samarovo was chosen to create the center. In 1931, after the first building, which grew in the forest, Council House, the building of the district police department, about seven houses were laid. 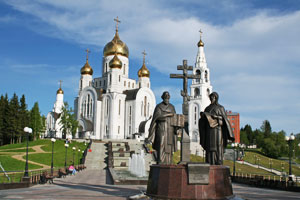 Nowadays, the city of Khanty-Mansiysk is the mass center of the region and the district. Khanty-Mansiysk is formed not only as center of the oil region, but is increasingly becoming a center of business activity, sport and national culture. Modern houses, cultural facilities, streets and squares have little resemblance to those distant times, since the founding of the city. It develops, as an administrative, financial and cultural center of the district, there are more than 190 construction companies and organizations, educational and sports facilities as well cultural institutions are built. The city's economy is more than 2500 companies and organizations. District hospital, sanitary rehabilitation center, psycho-narcological, tuberculate,    dermatovenerologic clinics, municipal ambulance station, regional Emergency Medical Center , Center for Hygiene and Epidemiology of the Khanty-Mansiysk Autonomous Okrug – Ugra, and peripheral blood transfusion station, District Cancer Center, District ophthalmological center work based on advanced technologies.

Khanty-Mansiysk is considered to be a scientific center, and has a considerable number of schools, universities, colleges and high schools. Here are centered museums, art 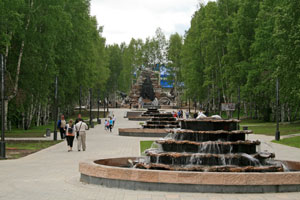 galleries, as well as attraction of the city - a modern arts center for gifted children of the North, International biathlon center, retail and business center, house of nation friendship, temple complex, concert-theatre complex “Ugra-Classic”. Telephone and television communication objects, giving an opportunity to connect to any part of the world, public pay phones, hundreds of square meters of decent housing – that is an incomplete list of existing and constructing facilities, changing the view of an ancient city. Unique identity of modern architecture combined with the unique nature of the age-old hundreds attracts tourists and visitors to Khanty-Mansiysk every year. 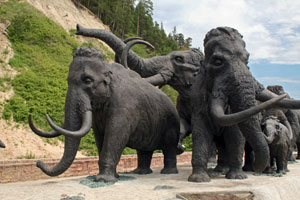 There is an excellent infrastructure for tourism development in the town, comfortable hotel complexes have a high-level basic and additional services on health, cosmetology, equipped fitness - center, sporting equipment, saunas, swimming pools, gyms. Clean air and great environment - the card of the town. One more detail can be added to the city’s portrait. That is health-improving properties of mineral waters, present under the ground adjacent to the layers of oil and gas. Spa and wellness infrastructure breaks new ground, but  has declared itself in a serious way. The unique ethnic culture of the ancient Ugra nations Khanty and Mansi can be a source of original and creative ideas for traveling. There is an unique ethno museum “Under the open sky”.